The Decentraland SDK is a powerful tool that lets you create scenes by writing code.

To get started, install the Command Line Interface (CLI).

Note: Install the following dependencies before you install the CLI:

To install the CLI, run the following command in your command line tool of choice:

Read Installation guide for more details about installing the CLI.

Create a new scene by going to an empty folder and running the following command line command:

Preview the 3D scene in your browser by running the following command in that same folder:

Read more about the scene preview in preview a scene

Open the src/game.ts file from your scene folder with the source code editor of your choice.

Tip: We recommend using a source code editor like Visual Studio Code or Atom. An editor like this helps you by marking syntax errors, autocompleting while you write and even showing smart suggestions that depend on context. Also click on an object to see the full definition of its class.

Change anything you want from this code, for example change the x position of the first cube entity that’s spawned. If you kept the preview running in a browser tab, you should now see the changes show in the preview.

Download this 3D model of an avocado from the scene’s GitHub repo in glTF format. link.

Create a new folder under your scene’s directory named /models. Extract the downloaded file and place all of its contents in that folder. Note that there are several files that make up the 3D model, all of them must be in the same path.

At the end of your scene’s code, add the following lines:

You can also download the finished scene from its GitHub repo.

Check your scene preview once again to see that the 3D model is now there too. 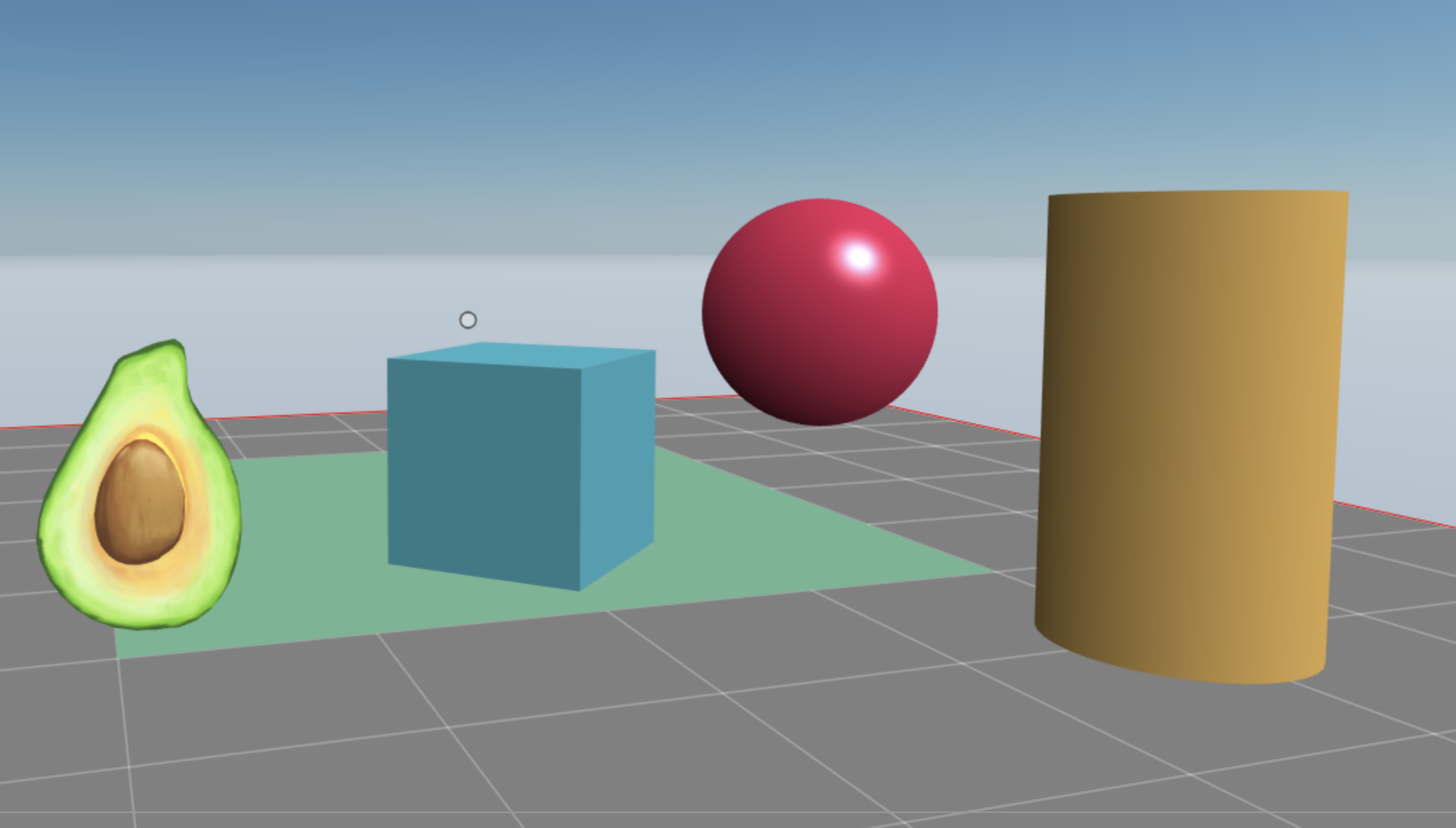 The lines you just added create a new entity, give it a shape based on the 3D model you downloaded, and set its position and scale.

Note that the avocado you added rotates, just like all other entities in the scene. That’s because the RotatorSystem system that was defined in the default code of this scene is iterating over every entity in the scene and rotating it.

Read coding-scenes for a high-level understanding of how Decentraland scenes function.

See the Development guide section for more instructions about adding content to your scene.

Once you’re done creating the scene and want to upload it to your LAND, see publishing.

Read our tutorials or view or video tutorials for detailed instructions for building basic scenes.

To see our official example scenes, with links to their code, see scene examples.

Engage with other developers

Visit Discord, join a lively discussion about what’s possible and how!

To debug any issues, we encourage that you post issues to the SDK Support category Decentraland Forum.

The Decentraland ESC Utils library includes a number of helper methods that make it easier to carry out a lot of common use cases.

To use any of the helpers provided by the Utils library:

Read the full documentation of the ECS Utils library here

A good experience will have great 3D art to go with it. If you’re keen on creating those 3D models yourself, you’re encouraged to, see the 3D Modeling section of our docs for more info. But if you prefer to focus on the coding or game design side of things, you don’t need to create your own assets!

Here are a few tips to get great 3D models that you can use in a Decentraland scene:

Note: Models must be in the supported .gltf or .glb formats, and must have a number of triangles, textures and materials that adhere to the scene limitations. If getting models from a third party site, pay attention to the licence restrictions that the content you download has.